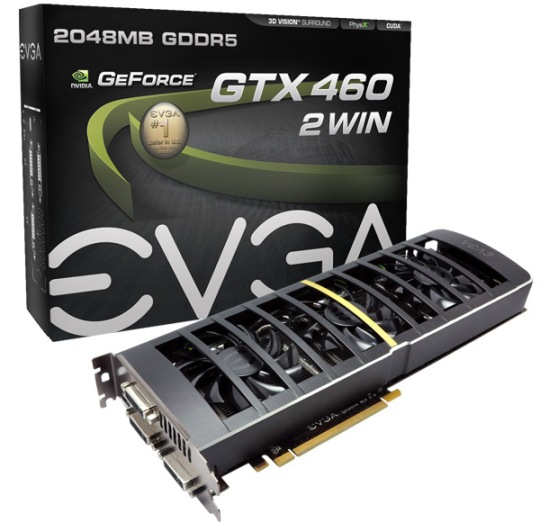 Other specifications include PCI-E 2.0 support, up to 230.4 GB/s of memory bandwidth, 3 DVI-I ports and one Mini-HDMI giving you the freedom to connect 4 monitors to it. The beast requires a minimum of 700 watt / 46 amps power supply. For complete specs and benchmarks visit EVGA